Back to all posts

Recording Diamonds and Rust and why I admire Joan Baez 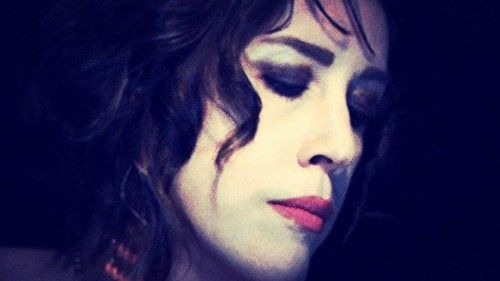 When I was attending Cornish up in Seattle I lived in a group house with other performers, ( that was a blast!) One of my house mates knew how to play Diamonds and Rust on the guitar, and one day she sat down and taught it to me. Since I am not a highly trained guitarist, the opening lick is probably the fanciest thing I can play! It wasn't until several years later, working with my arranger/producer Diane Sonntag that I realized the potential for recording this song. It was out at Di's lake front house one evening, I believe we were celebrating my birthday. Di had handed me her 3/4 1967 Martin guitar to play. I had been introducing her to a bunch of my original songs that night, but feeling a wee bit sentimental I pulled out Diamonds and Rust. Di  grabbed her full sized Martin, found a yummy open tuning and started playing along. I think we both must have had eyes as round as saucers, because it was evident in that moment that we'd hit on something very special. Somehow in that open tuning, Di had found a depth to the musicality of the standard arrangement that became the spring board for the rest of the arrangement.

It really meant something deeply profound to choose a cover song from an era that I have always admired, that generation of young and old during the '60's who were not only ground breakers in music, but so absolutely earnest in wanting to push for a 'Love Revolution'. They helped to stop our young men from dying by the thousands in Vietnam. They helped to galvanize the Civil Rights Movement, etc. And there was one voice that stood out, and not only a voice, but one who put her life on the line, and that was Joan Baez. 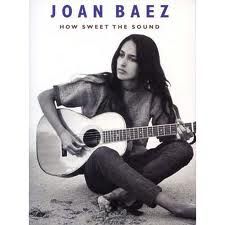 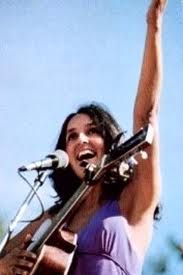 Joan Baez sang and still sings songs in support of social justice, civil rights, pacifism, and the environment. She was also instrumental in revitalizing folk music. One of her truly heroic acts was to sing 'We Shall Over Come' at the march on Washington DC with Martin Luther King, Jr.

I love seeing her current photos that can be found on her web site : www.JoanBaez.com  Joan is radiant and joyful. I see a woman still in the prime of life, vital and engaged. Her life is a model for women today. 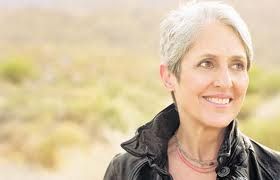